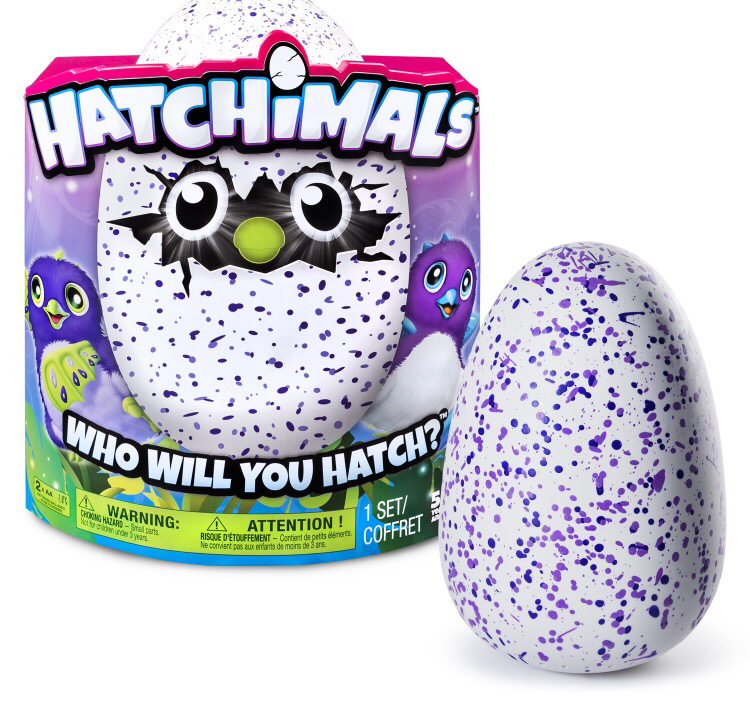 Spin Master came up with the Hatchimals  toy concept in 2014 and officially “hatched” on Oct. 7, creating the “Global Hatchimals Day.”

They chose a secretive launch strategy, which helped build the anticipation and excitement for all the Hatchimal species. Since their introduction in October, Hatchimals have become the toy of the season – with the suggested retail price of $59.99 and quickly becoming a rare find. They are finding avid fans in both boys and girls ranging in age from 3 to 12 years old.

Hatchimals are interactive, furry creature that hatch out of a colorful egg. They come in five species — Draggles and Pengualas (penguin-like), Owlicorns (owls with a unicorn horn) and Burtles and Bearakeets (little bears and turtles).